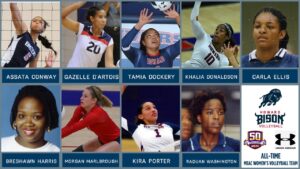 The squad comprised of 50 outstanding student-athletes throughout the conference’s history and nearly 900 votes were cast by fans, media representatives, institution sports information contacts, and others.

About the Mid-Eastern Athletic Conference